Talk to the phone!

This article was first published in The Malaysian Insider on 26 August 2010. 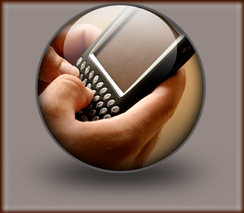 Those who know me will also know this: I don’t like talking on the phone and sometimes I even forget to bring my mobile phone with me. They will also know that I own a Sony Ericsson W705 but would happily settle for an older W205 model which costs only RM300, if not for the latter’s short battery lifespan.

A truly functional phone to me is one which allows me to make and receive calls, to send and receive text messages and, of course, to help me identify the caller before I answer the call. Other than these, most other applications are just superfluous.

With this trivia in mind, it’s not surprising if I tell you why I think the Blackberry and iPhone are overrated and, sometimes, diabolical inventions. Ultimately, the only time when I would truly appreciate them is when the whole world has gone mute, deaf or both.

If Jose Saramago had had the chance to write a book called “Mutism”, I hope he would make them his main protagonists. However, here’s the scary thing. These fourth-generation phones have not been invented to aid the mute nor the deaf. Ultimately if it is ever possible at all, they will be THE invention that will cause people to go mute and deaf voluntarily.

Trust me. There will come a time when we won’t even hear our own voices anymore, much less that of others.

When I first started my job in Malaysia eight months ago, I didn’t even know how to operate the office photocopier. This was me after spending several years in under-developed countries where Internet connection and mobile networks were privileges. Once, possession of a hand-held radio set (or what most people know as a walkie-talkie) was a security necessity; something to be used for security checks and during times of distress.

Nobody felt the compulsion to report to anyone what they were doing lest the whole world thought they might be dead due to the eerie silence of their Facebook or Tweeter status profile.

I used to live in a world where people looked each other in the eyes and listened when others talked. It was an uninterrupted world where we lived for that moment and gave ourselves completely to the presence of the other; whether it was to the person sitting in front of you, or to the sound of silence but for the regular swoosh of fan blades cutting through air, the cooing of pigeons by the window ledge or to the child calling out for your attention.

Now, I live in a world where I’m surrounded by colleagues and friends who just can’t get enough of their Blackberry or iPhone. I was in Alor Star with a group of colleagues recently. We travelled in a convoy of cars. As I stared outside our chartered mini-bus window, another convoy passed by our side. My impulse was to wave at my colleagues on the other side but what I saw shocked me. They all had the same silhouettes; chins tilted downwards with eyes wide open. I felt deflated and defeated.

It finally dawned on me that I no longer belonged to a time or space where people notice each other or their surroundings. The pleasure of having good and meaningful conversations is already threatened by people who care more about posting their thoughts and opinions on cyberspace rather than sharing them with those who are breathing the same air as them.

To be fair, I shouldn’t blame this social handicap on the invention. In essence, most inventions are supposed to serve humanity; to bring us closer to comfort, relief, convenience and increased productivity. These fourth-generation phones are handy for those who travel a lot but would like to put their time into good use. It gives people access to real-time news and can also serve as an instant encyclopaedia.

What’s really troubling me though is when human beings become slaves to the invention rather than the other way round. Instead of allowing the invention to serve our needs, we have abandoned ourselves and others to eventually serve the inventors’ needs to sell their products.

The mobile phones of today are akin to televisions of yesterday. (Mind you, have you noticed how some parents use the iPhone as a quick fix to keep their children entertained and occupied?) When the television was invented, it had singularly changed the social landscape of humanity. As it became more and more affordable, people became less and less interested in each other. I could never understand why my father hated the television with all his guts.

PS: If you don’t hear from me again, you’ll know that my friends have killed me after reading this piece. That, or someone has bribed me with a brand new Whiteberry.

Email ThisBlogThis!Share to TwitterShare to FacebookShare to Pinterest
Labels: Column on The Malaysian Insider, Lifestyle, Technology

The land of great contradiction

I was at the Malaysian Law Conference recently. It was my first time stepping foot in the Kuala Lumpur Convention Centre and it knocked the breath out of me.

The view from the tall glass windows protecting all four corners of the convention centre was nothing short of magnificent. As I stood there appreciating the sight of the Petronas Twin Towers looming splendidly from above, I felt a sudden rush of pride. 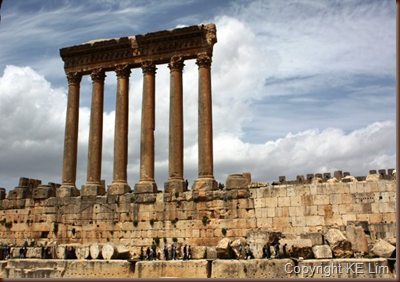 During my travels, I’ve managed to see many places and human-made structures which have blown my mind. If you really must know, the Petronas Twin Towers’ magnificent facade is pale in comparison to structures such as the Angkor Wat, Al-Hambra Palace, Leaning Tower of Pisa, Temple of Baalbek, Taj-Mahal, Mont St. Michel, Stonehenge, and even the remnants of the Buddhas of Bamyan. 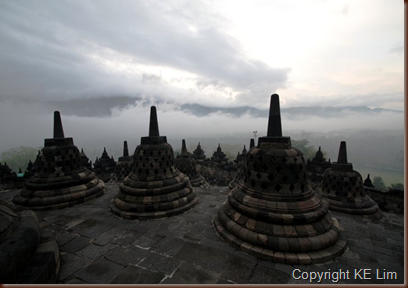 Of course, you can say that this is not a fair comparison and one which is likened to comparing apples with oranges since these structures were all built at different time periods and hence bear far more weight than our very own modern mega-structure.

You are absolutely right, but my point is not about how shabby the Petronas Twin Towers are.  It’s about how I find the more I’m blessed with the good fortune of being able to witness the wonderful work of humankind everywhere in the world, the harder it is to take my breath away.

All right, my shameless boasting above is not the point. The point is, as I stood on the third floor of the convention centre that day, I felt that tingling sensation down my spine and my cheeks grew hot as my heart fluttered at a quicker pace than normal. It has been awhile since I have had that feeling and I was just honoured and thankful to be a part of this civilisation.

The one simple thought that came to my mind was this: We are a civilised nation after all.

Sadly, this feeling of pride and gratitude lasted for only as long as I was still at the convention centre. The moment I stepped out from the spacious, plush carpeted and pristinely clean building, I felt as if I had lived in a dream for the past few hours.

After spending a whole day trying to avoid judges and lawyers while hunting down belligerent student volunteers, I dragged my sore feet and tired body to the LRT station. I was mortified to find that the LRT had broken down that night as I tried to get home from the convention centre as quickly as I could.

There were long queues of hot, sweaty and quick-tempered people straining their necks trying to find out the root cause of the unwelcome event.  The staff on duty did not even think about putting a sign up at the entrance so that people didn’t have to walk that far in only to find out that the LRT was not going anywhere.

Unwilling to wait, I decided to take a taxi and that was when I quickly discovered how undisciplined and anarchic Malaysians are, far removed from the frozen civilised world I had experienced earlier on that same day.

None of the taxi drivers were willing to take me home. The excuse was one I’ve heard far too many times. “Jam-lah.” Spoken in a manner that seemed to indicate as if the meter doesn’t run while being stuck in traffic. I wondered whether it was they who are providing us a service or the other way round.

I spent about 20 minutes waiting in total chaos. There were taxis that stopped right in the middle of a busy intersection to pick up customers, causing traffic to come to a standstill.

Traffic policemen were completely oblivious to the cantankerous honks of angry drivers, involuntarily delayed for dinner with their families or lovers, as they focused their attention on a motorcyclist parked on the curb.

I also heard loud cries of frustration as people cursed and spat on taxi drivers who had shamelessly asked for exorbitant fees rather than abiding by the meter and most of the time used as an excuse to pick up Middle-Eastern customers.

As soon as I thought I wouldn’t make it home before midnight that day, I managed to hop on a bus that took me to the LRT station at Masjid Jamek.

From there, I was delayed again by a good 10 minutes because the three ticket machines were not working and I had to queue along with 20 other passengers at the ticket counter. By the time I made it home at around 10pm, I had cursed a million times under my breath.

If Malaysia were a movie, it wouldn’t be called “Pleasantville”. Instead, “Misery” may be more befitting. I personally see Malaysia as “In Pursuit of Happyness.”

I fancy myself as Chris Gardner going on a chilling roller-coaster ride, never knowing which steep bend would throw me off guard and send me howling and crying out for mercy. My heart is palpitating because I would never know what will go wrong and what challenges will be waiting for me around the corner.

All I know is this: I am just pursuing my happiness in this great land that is filled with contradiction.

This article was first published here at The Malaysian Insider on the same day.